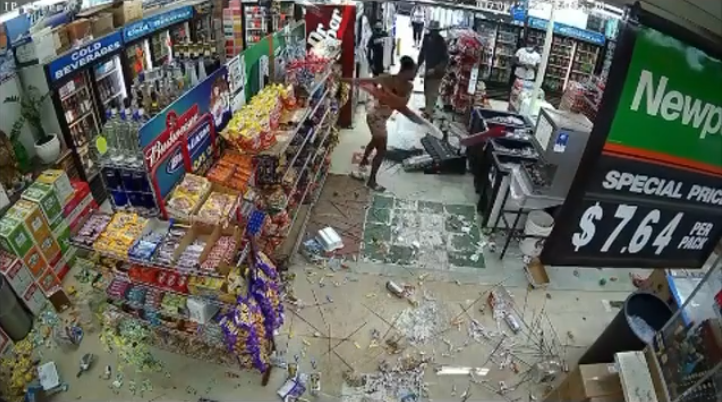 “You think this is motherfucking funny! Ain’t that funny, is it bitch!?”

An Asian-owned liquor store was trashed by an angry customer following a cell phone dispute.

A customer who had accidentally left her phone in the store told her friend to go back to the store and get it.

To avoid a liability scandal, the store owner told the friend that the owner of the cell phone would need to return to get the phone herself.

The customer eventually returned to the score but went on a rampage because the owners had asked her to come back.

“You think this is motherfucking funny! Ain’t that funny, is it bitch!?” She is heard shouting.

The woman is yet to be identified.

In other news, a racist woman was caught on video trying to lure an Asian man’s pet dog onto the highway in New York City.