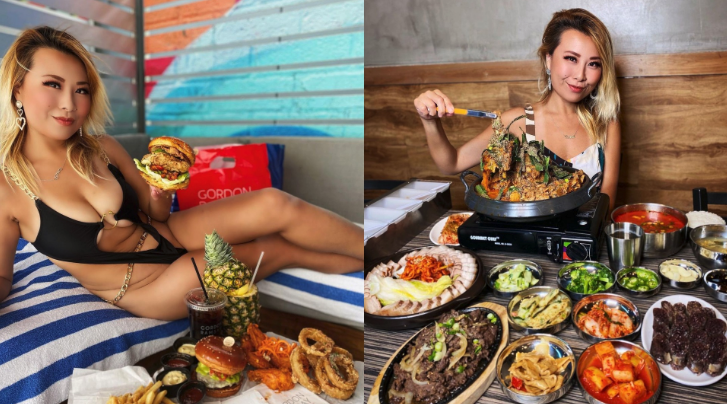 An Asian American competitive eater and YouTuber has been kicked out of a Colorado restaurant after being accused of scamming them.

Raina Huang, who makes YouTube videos under the moniker ‘Raina is Crazy’, went to StevO’s Pizza and Ribs to take on the OMG 28″ pizza challenge on Sunday.

The challenge offers a $100 prize if two of their guests can eat the entire pizza in one hour with no breaks.

Surveillance footage of the incident showed Huang asking the owner Steve Wieand if she could film herself doing the challenge.

Later, Huang uploaded a video to social media in which she claimed she was kicked out of the restaurant by the owner who called her a liar. Huang also said Wieang threatened to call the police.

StevO’s Pizza and Ribs restaurant was then bombarded with negative reviews on Yelp. The message: “This business recently received increased public attention, which often means people come to this page to post their views on the news” was then displayed on the restaurant’s Yelp page.

“While we don’t take a stand one way or the other when it comes to this incident, we’ve temporarily disabled the posting of content to this page as we work to investigate [whether] the content you see here reflects actual consumer experiences rather than the recent events.”

On Monday, Huang posted an Instagram story saying, “huge shoutout to all the support I got from everybody, thank you so much for that. I feel a lot, lot better. But I’m not going to let this little mishap get in the way of me doing my food stuff.”

“So we’re just going to move on forward and have a good time, continue eating amazing food.”

Wieand has not yet commented on the incident but his daughter, Stephanie Wieand, told the press, “I think that it could have been handled better. All I want to say is that I apologize to Raina and to everyone.”

In other news, an Asian woman was randomly hit in the face by a man outside a restaurant in New York City’s Chinatown.