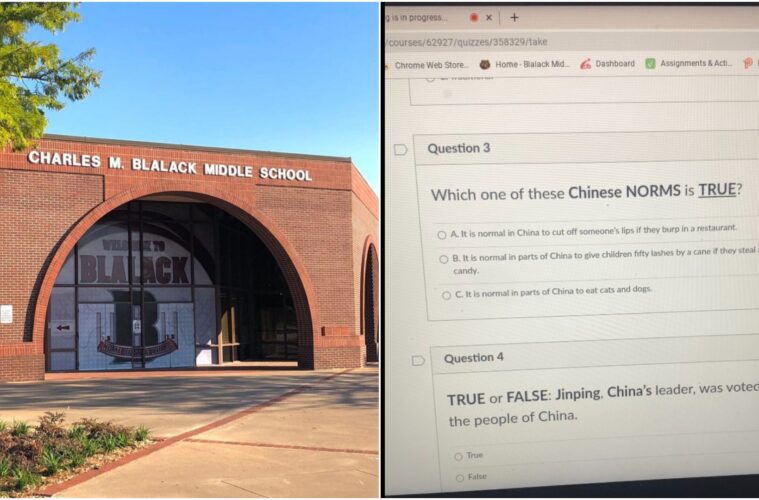 Three Texas school teachers have been placed on leave for issuing a “derogatory and hurtful” social studies test.

Joy Lim’s younger sixth grade sister was taking the test at home when she caught a glimpse of it over her shoulder.

One multiple choice question asked: “Which one of these Chinese NORMS is TRUE?”

The available answers were listed as:

Lim took a picture of the test and shared it online and contacted the school district.

“I looked over my sister’s shoulder and I saw this question that just blew me away,” Lim said.

“I don’t understand who thought this was okay,” said Lim. “If these teachers were Asian American teachers, that question would not have been on the quiz.”

Carrollton-Farmers Branch Independent School District has since placed the teachers on leave whilst it investigates the incident.

District officials described the language used on the social studies test as “derogatory and hurtful.”

“The words used on the test question were derogatory and hurtful,” the statement partially reads.

The school district added that it recently launched a diversity training for its staff but it remains unclear whether the training occurred before or after the incident.

“The district will enhance these training opportunities in an effort to create a more inclusive and respectful environment,” the statement reads.

In related news, Harvard University has come under fire for telling its students “you may wish you weren’t Asian.”