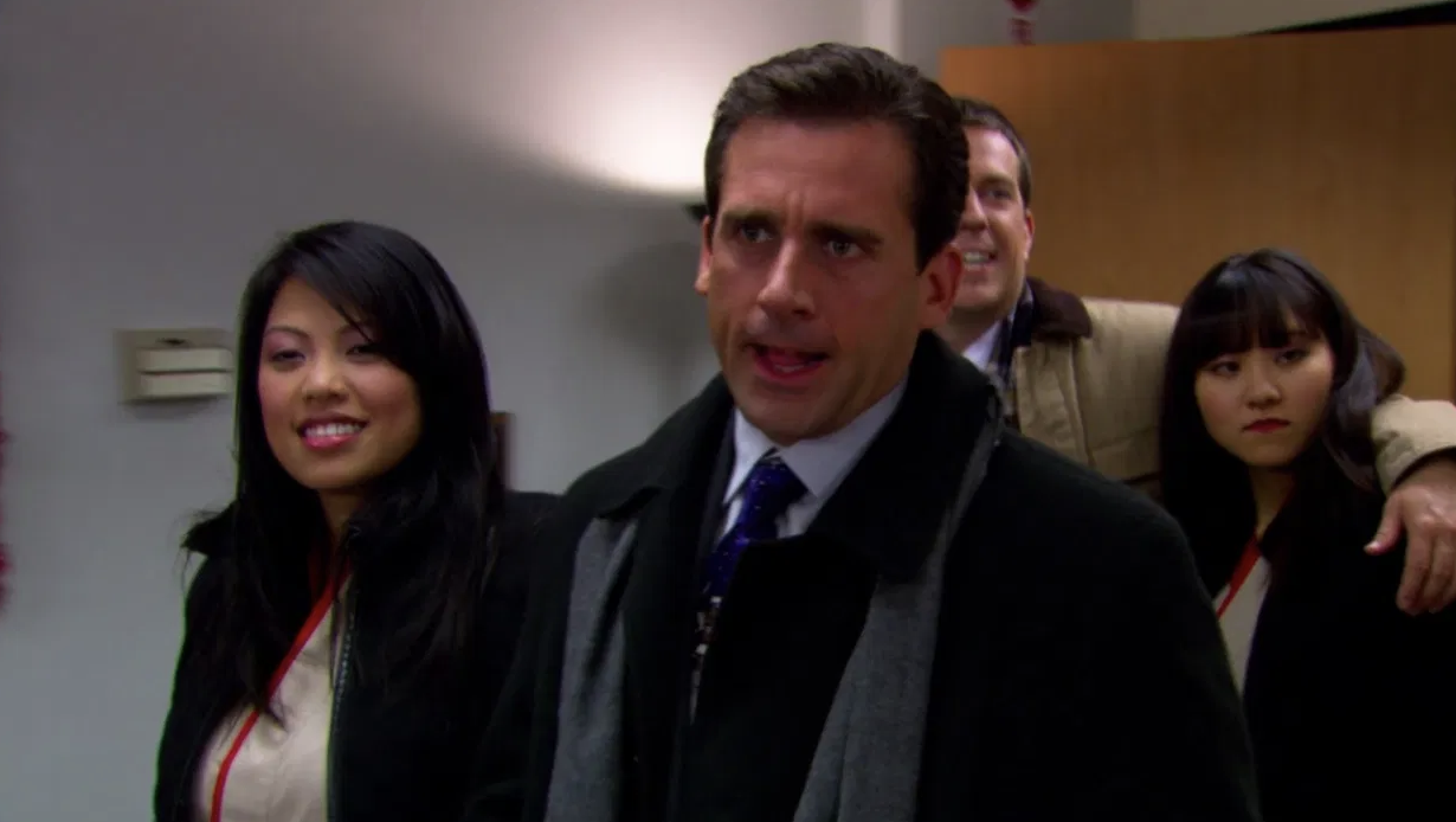 The Korean American actress appeared in the episode 'A Benihana Christmas'

Korean American actress Kat Ahn has called out The Office for its portrayal of Asian women.

Ahn, who guest-starred as Amy in the TV series’s holiday episode A Benihana Christmas, told the Washington Post that Hollywood failed Asian women.

Whilst Ahn was excited to appear in the popular NBC hit sitcom, she was disappointed when she realised she was “just there to be the joke.”

In the episode, Michael Scott (Steve Carell) calls Benihana “Asian Hooters.” He then invites two waitresses back to the office for a holiday party and marks one of their arms with a sharpie to tell them apart.

“You’re told to shut up and be grateful,” Ahn said. “Actors have no power until they become a star.”

In January 2021, Ahn also called out the The Office via TikTok, stating its depiction of Asian women was “problematic.”

“The story line with myself and the other Asian American actress is that we were the ‘uglier’ version of the actresses at the Benihana,” Ahn explained in the video.

“Also that all Asian people look alike; we’re one big monolith; and we’re just one big, walking stereotype without any personality or individuality, which is problematic.”

Jenna Fischer and Angela Kinsey, who play Pam and Angela on The Office also criticised the episode.

On their podcast Office Ladies, Fischer said, “the idea here was simply that Michael and Andy couldn’t land the original waitresses that they’d been flirting with all night, and then they manage to get these two younger, kind of more naive waitresses to come back with them to the office,” Fischer explained.

“I just don’t think this story line would have been written today,” Kinsey said. “I don’t think so either,” Fischer agreed.

In other news, Ken Jeong has donated $50,000 to the families of the Asian American women killed in the Atlanta shootings.