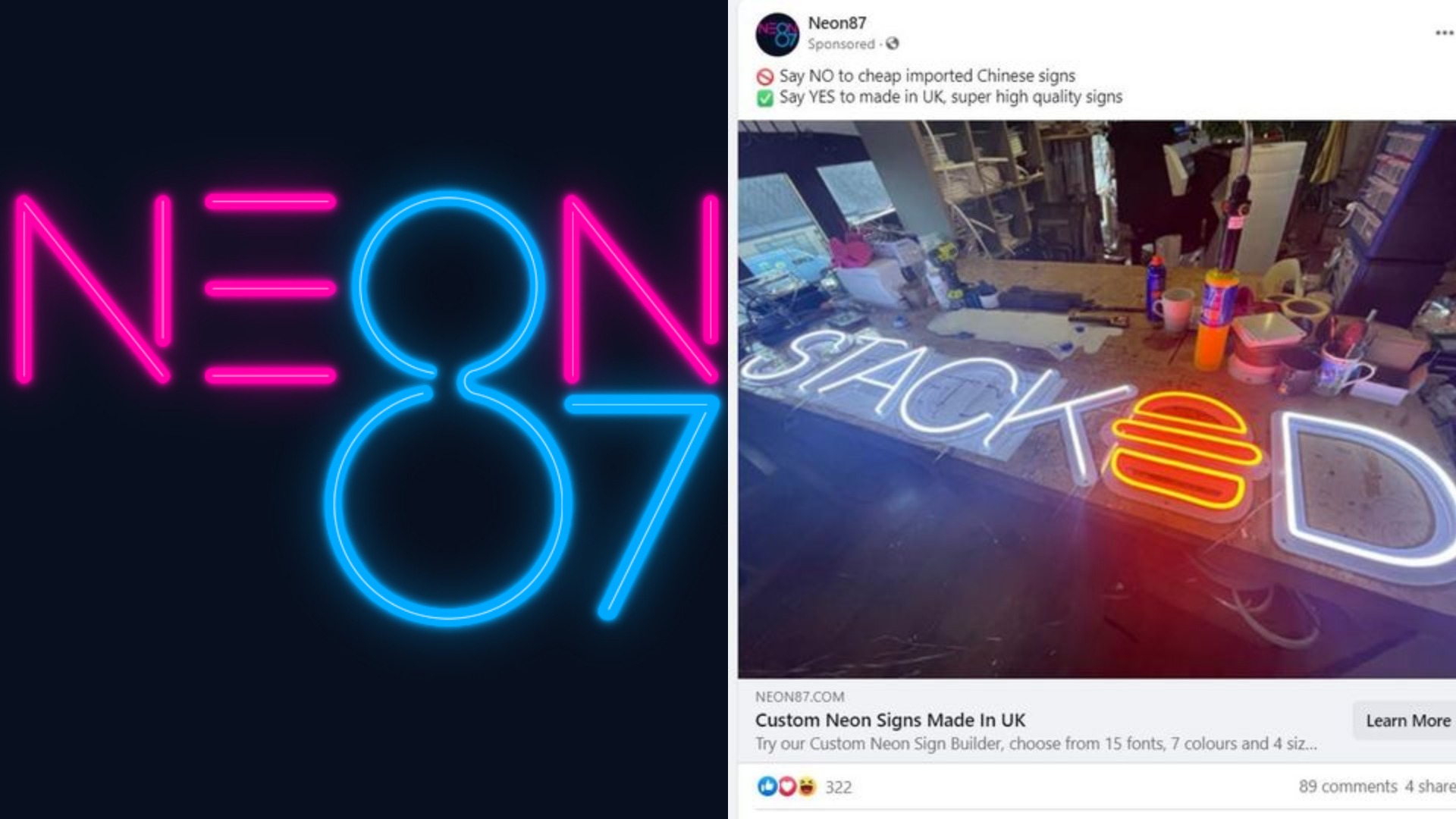 A British sign company has come under fire for posting a racist advert.

In a sponsored social media advert circulating Facebook, Neon87 posted an image of one of their signs.

“Say NO to cheap imported Chinese signs,” the caption reads. “Say YES to made in UK, super high quality signs.”

According to the company’s website, Neon87 is “an international neon signage studio helping clients of all sizes, all over the world, realise their neon dreams.”

A screenshot of the advert was posted to a British born Chinese Facebook group.

Members of the group expressed their frustration at the advert’s racist undertones.

“It’s the sign of the times where people have to slag off or belittle another to advertise or get their product out,” one commenter said.

Another commenter who works in the industry said the racism is nothing new.

“I’ve seen this in our industry for the past 15 years. We have other dealers blatantly telling their customers not to buy anything from China and prospective customers coming in saying they don’t want anything ‘Chinese’. Nothing new for us sadly.”