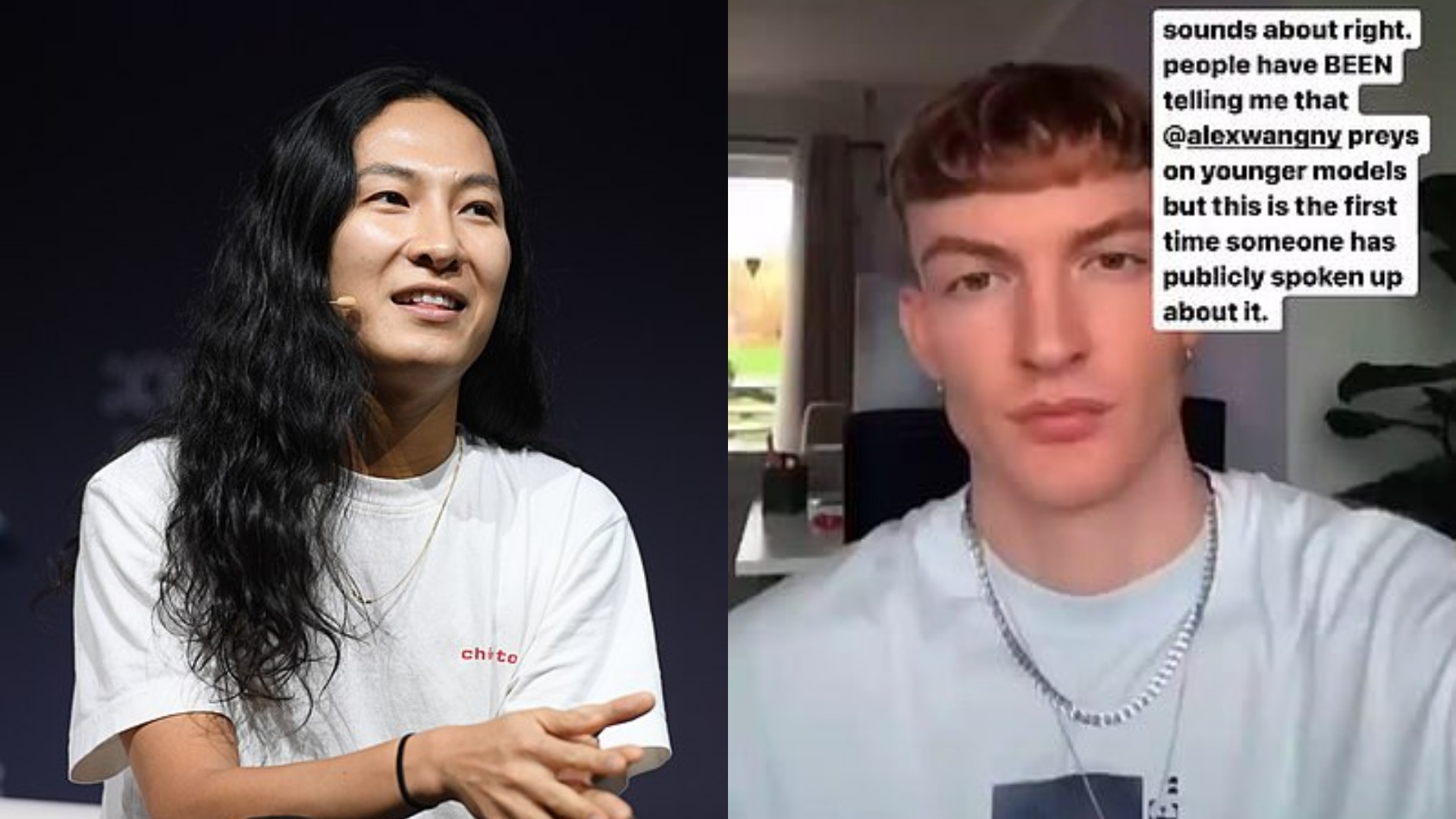 "He just started touching me up. Like, fully up my leg, in my crotch"

Fashion designer Alexander Wang has been accused of sexually assaulting young male models according to the Daily Mail.

Model and graphic designer Owen Mooney took to TikTok to share his experience of being assaulted by Wang at a New York City club in 2017.

Mooney explained that Wang was “touched up” by a “really famous designer” when he was with his friends watching rapper CupcakKe perform at the club.

“I was by myself at one point and this guy next to me obviously took at advantage of the fact that no one could f**king move,” Mooney said.

“And he just started touching me up. Like, fully up my leg, in my crotch. It made me freeze completely me because I was in so much shock.”

“Then I look to my left to see who it was and it was a really famous fashion designer and I just couldn’t believe that he was doing that to me.”

Mooney went on to describe the incident as “really fucked up” and said he had to “slowly move away” from the “sexual predator.”

“With everything that has come to light, I want the focus to be on the many allegations pouring in after I shared my story,” Mooney said.

“Although what happened to me was unacceptable, the stories being told by other victims is the reason why I have gone public.”

Others including transgender men and women and cisgender men accused Wang of similar assault.

One claimed that Wang drugged their drinks with MDMA without their knowledge.

Accuser Nick Ward said Wang “grabbed” his crotch at a DJ event in Brooklyn in 2017.

“As he was passing, he swung, squeezed me, and kept walking,” Ward said.

“By the time I realized what happened, I just announced to my friend: “that guy just grabbed my d**k” and they’re all like, “that was Alexander Wang.””

“It is important to show your support to these victims by unfollowing Alexander Wang and boycotting his clothing line.”

In other news, Japanese tennis star Naomi Osaka has been named as The Associated Press Female Athlete of the Year.

@owenamooneyReply to @hannah_mantanna yep, Alexander Wang is a sexual predator, pass it on ##fyp ##foryoupage