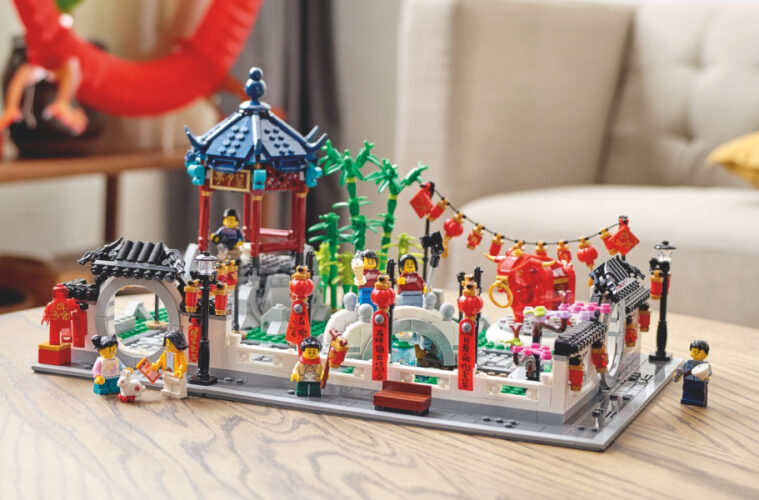 9 to 5 Toys reports that LEGO has revealed its Chinese New Year Kit 2021.

‘Spring Lantern Festival’ attempts to recreate the magic of the lunar new year’s celebrations. Featuring a brick-built Chinese garden, moon gates, a pond and even a special ox lantern to commemorate the new animal.

Even a LEGO Tang Yuan rice ball is included.

‘Story of Nian’ aims to inspire Children about Chinese traditions. The set includes a Chinese home with traditional decorations as well as a Nian creature and family members. One character is seen in an ox costume.

‘Monkie Kid’s Team Quadcopter’ is inspired by the centuries-old Chinese legends of The Monkey King and The Journey to the West.

‘Happy Childhood Moments’ represents Chinese New Year in a kindergarten setting and uses DUPLO rather than LEGO. The set aims to help parents teach their children about Chinese New Year.

Celebrate Chinese New Year in style! Proud to have been able to work on these fantastic #LEGO sets with such awesome colleagues (I designed the Spring Lantern Festival with brilliant graphics provided by Paul and concept design from Xiaodong). Happy building! @LEGO_Group #AFOL pic.twitter.com/fCZTlvYnZ2