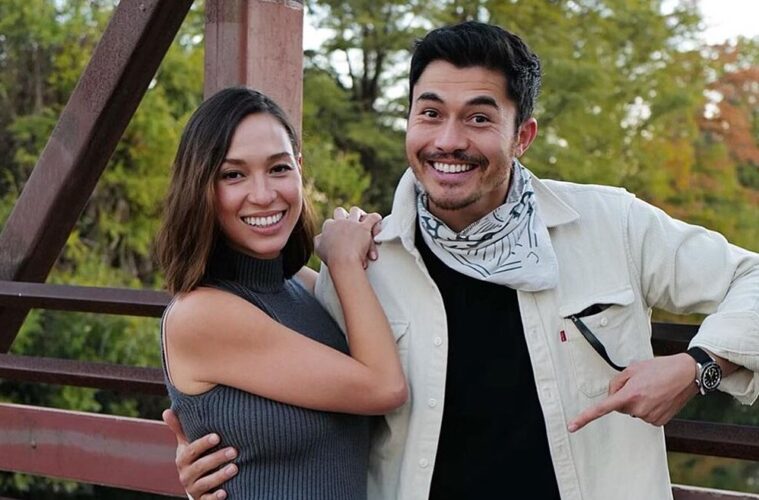 The couple shared their news via their Instagram accounts. “2021 is already looking brighter ❤️👼🏻,” Golding captioned his post.

“Such immense joy this little one has brought us already. Now we get to share it with you💕We love you!✨” Lo wrote on hers.

Both shared similar images of the couple embracing each other with Lo clearly showing.

In a separate post, Lo shared an image of her stomach with the caption “Here’s the kicker 👣 boy or girl?”

Golding and Lo have been married since 2016 after dating for five years.

Speaking about their relationship, Golding said, “It’s a lot of time away, which isn’t the greatest thing, but I manage to bring my wife to as much as possible and we have an amazing time.”

“Life has changed for the better for sure.”

A couple of months ago, the British Malaysian actor described moving from Malaysia to Surrey as a “slap in the face”.

Such immense joy this little one has brought us already. Now we get to share it with you💕We love you!✨

Here’s the kicker 👣 boy or girl?