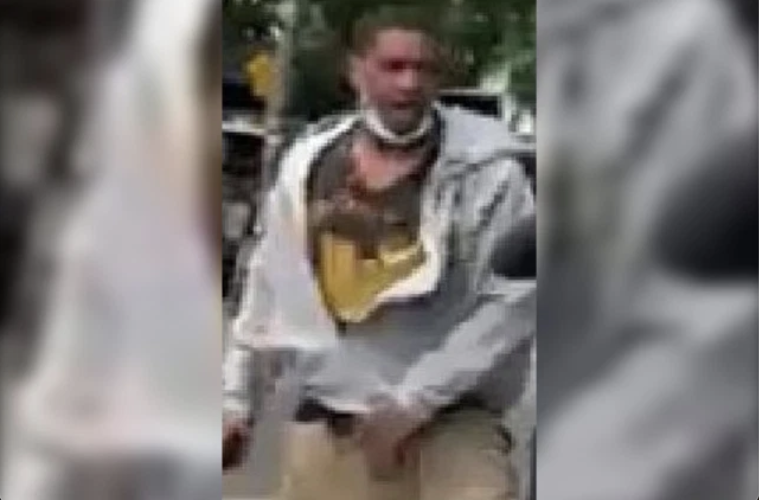 Police are searching for a man who verbally and physically assaulted an Asian man in New York.

The incident occurred in Chelsea, Manhattan, around 1:15pm on Sunday 4 October.

As the 40-year-old victim was getting out of his parked car, the stranger approached him from behind and made racist comments.

He then punched the Asian man multiple times in the face and choked him before taking off.

Police have released a surveillance photo of the suspect and describe him as being between 20 and 30 years old. He is believe to be between 5 feet 8 and 5 feet 11, 180 to 200 pounds, with short black hair.

The suspect was last seen wearing a grey hoody, brown shirt, oversized khakis and black sneakers. He also wore a light-coloured face mask under his chin.

In other news, a Fremont woman was caught on camera making racist and homophobic slurs in front of her neighbour’s 10-year-old daughter.