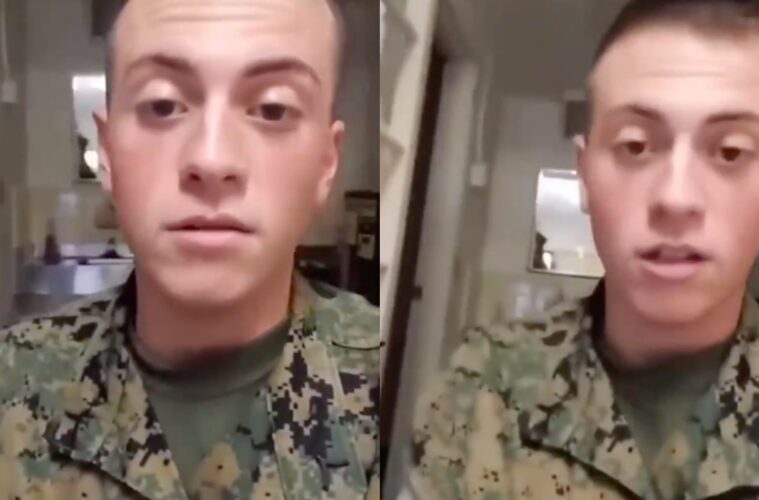 A US Marine is being investigated after posting a video of himself threatening to kill Asians.

Pfc. Jarrett Morford, 20, uploaded a video of himself saying, “As the honorable Trump said on Twitter today, it was China’s fault. China is going to pay for what they have done to this country and the world.”

Mortford appeared to be referencing the President using the term ‘Chinese Virus’ to describe Coronavirus.

5-5-6 references the caliber of bullet used for the M4 and the M16 – the standard rifles issued to Marines.

Montford graduated boot camp in August and is now training for a communications job in Twentynine Palms.

“There is no place for racism in the Marine Corps,” Butterfield said. “Those who can’t value the contributions of others, regardless of background, are destructive to our culture and do not represent our core values.”

In other news, a Fremont woman was caught on camera making racist and homophobic slurs in front of her neighbour’s 10-year-old daughter.

Anyone recognize this racist? It’s hard to tell where he’s at, and sadly no name tapes. pic.twitter.com/jfm23cs8K4