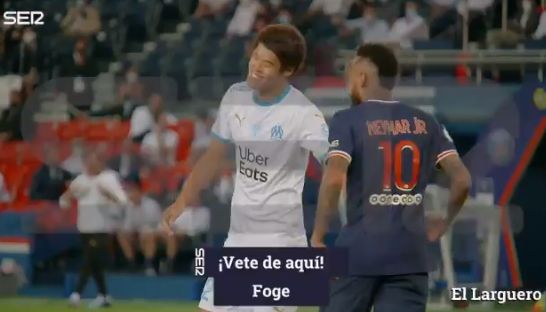 The incident occurred during a Ligue 1 match between Paris Saint-Germain and Marseille.

In the video footage, the two footballers are seen in a confrontation before Neymar approaches the defender and seemingly calls him a “Chinese shit.”

Neymar also landed in hot water during the same match when he allegedly hurled homophobic abuse towards Marseille centre back Álvaro González.

Consequently, neither Neymar nor Gonzalez were disciplined.

The amount of times, me, my siblings or my parents or any of my asian friends have been called a “Chinese shit” is something that sticks with us for life.

Fuck you Neymar. I’m ashamed to have defended your ass. https://t.co/C3oMim2yTL