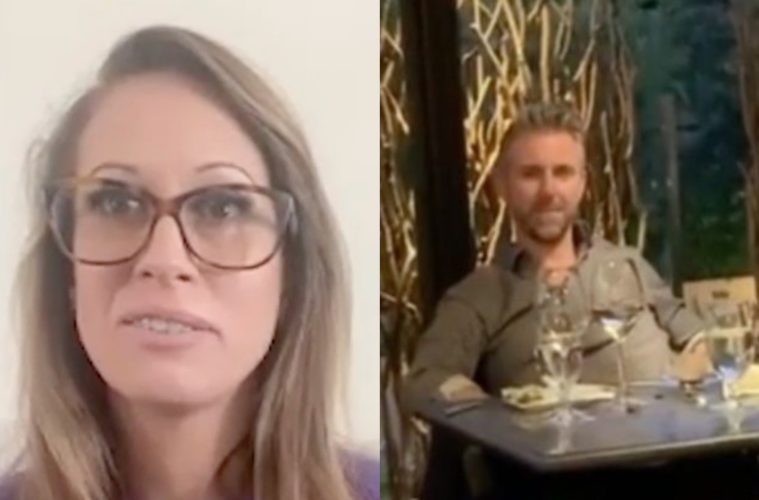 The waitress who ejected a tech CEO from a restaurant for racially harassing an Asian family has spoken out.

Lofthouse’s comments included “Asian piece of shit”,  Fuck you Asians”, “Go back to whatever fucking Asian country you’re from” and “You don’t belong here.”

Jordan Chan, who uploaded the footage to social media, said her family was at the restaurant celebrating a birthday.

“We were celebrating my tita’s birthday, literally just singing happy birthday to her and taking pictures, when this white supremacist starts yelling disgusting racist remarks at us,” she wrote in the video’s caption.

Gennica Cochran was working as a waitress at the Lucia restaurant where the incident occurred. After hearing Lofthouse’s words, Cochran quickly came to the family’s defence.

Speaking to ABC7 News, Cochran explained her experience hearing her voice in the clip.

“To hear the emotion coming out of my voice, to see my mannerisms, it was unbelievable it was just something that came over me and I just did what needed to be done,” Cochran said.

Cochran went on to say that defending the family was the right thing to do.

“I did what anybody else should or would do in that situation,” she explained. “I felt very protective of them. You don’t come in here and say those kinds of things to people. Especially people feel so raw coming out of quarantine.”

“Most of these people this is the first time that they’ve been out to dinner and then you have someone attacking them it was just no, no, I don’t have time for this.”

“I’m not a mother, but I felt almost maternal,” she continued. “Right, like this is my family and I will take care of them and I will do whatever I can to protect these people. To have someone hate you just because of the way that you look, that’s beyond me. I don’t understand it.”

“It’s not something that I will condone ever again, being silent.”

Lofthouse has since issued an apology online for his behaviour.