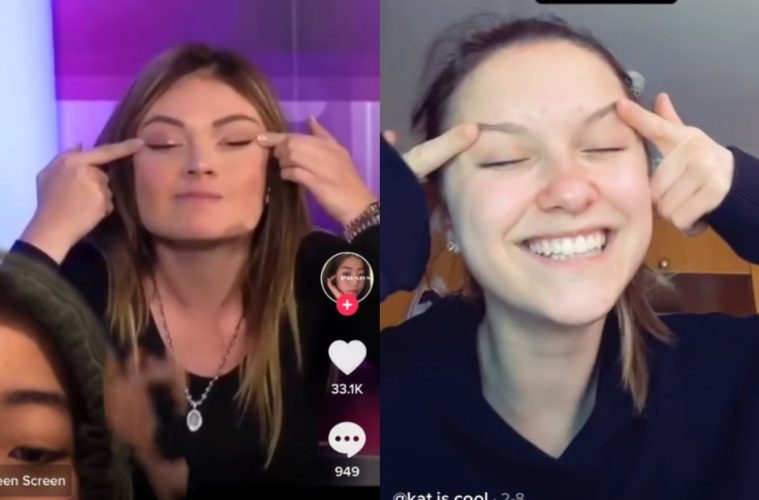 “I remember when I was in primary [school] people were making fun of Asian eyes doing this, now it’s a trend"

Wion reports that the ‘Fox Eye Challenge’ on TikTok is being called out for cultural appropriation by Asian Americans.

The challenge, which is trending on the social media platform, was inspired by Kendall Jenner and Bella Hadid.

⚡️giveaway time⚡️ teamed up with @lebas.nyc to give you guys 2 reversible tops like this in any color you want worth $100! sizes xs through xl! you gotta: 1. be following @lebas.nyc and @martincantos 2. share this or my previous #bratz post on your stories and tag us 3. tag 2 friends in the comments good luck! ✨✨ open worldwide; will choose the winner at random this sunday in my stories! these sets have the best fit ever, you’re gonna die

In the ‘challenge’, people are seen using a razor to trim their outer-brow to make it appear more lifted. The ‘challenger’ then pencil in a new brow shape before pulling their eyebrows back with their fingers.

However, some users go as far as pulling their eyes back – a stereotypical racist gesture against Asians.

TikTok videos showing the challenge have garnered over 4 million views, angering many Asians.

“I remember when I was in primary [school] people were making fun of Asian eyes doing this, now it’s a trend,” a commenter wrote on the video of Melody Nafari (@melodynafarii) doing the challenge.

TikTok user Hee Moon (@ima20yolady) made a compilation of people doing the challenge, writing in the caption “I really do not like the #foxeye #foxeyechallenge #fyp #foryou #korea I hope people see why I feel so uncomfortable with ppl doing this look”

“It’s upsetting that people can’t see why this “trend” is a bad idea i hope people stop doing it ,” replied one commenter.