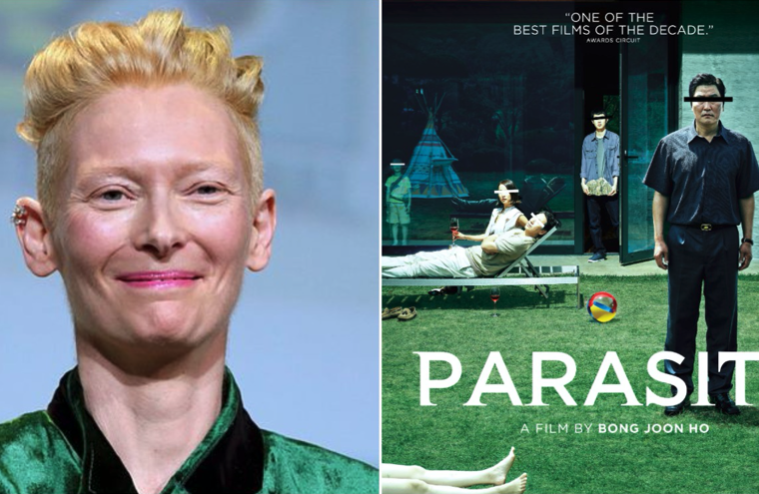 Soompi reports that Tilda Swinton might be starring in HBO’s adaptation of South Korean thriller Parasite.

Reports suggest that Swinton has reunited with director Bong Joon Ho for the limited series adaptation, which will also be directed by Adam McKay.

The adaptation of the Oscar-winning film will reportedly be a six-part miniseries, effectively being an “English language version of Parasite, with Swinton “currently set as the female lead”.

Swinton and Bong have worked together previously on the Korean director’s 2013 film Snowpiercer and his 2017 movie Okja.

Rumours also suggest that Mark Ruffalo has been offered the male lead in HBO’s adaptation but “it has yet to be officially accepted”.

In 2016, Swinton was at loggerheads with Asian American comedian Margaret Cho, who slammed the British actress for taking on the role of the Ancient One in Dr Strange and caving into whitewashing.

In related news, Conservative BlazeTV host Jon Miller called the team behind the Parasite the “destruction of America”.