FEATURE: We Become What We Behold: The game that questions the media’s disturbing influence

A look into how a small video game dares to make a big statement.

We Become What We Behold is a five-minute video game that’s self-described as “a game about news cycle, vicious cycles, infinite cycles.”

We Become What We Behold is an indie game created by Nicky Case, which was released in late October on free online gaming platforms such as itch.io and Newgrounds.

Before reading further, it is highly recommended that you play the game for yourself using either of the above links. All you need to do is click around with your mouse. The whole game only takes five minutes, maybe even less if you have excellent hand-eye coordination. 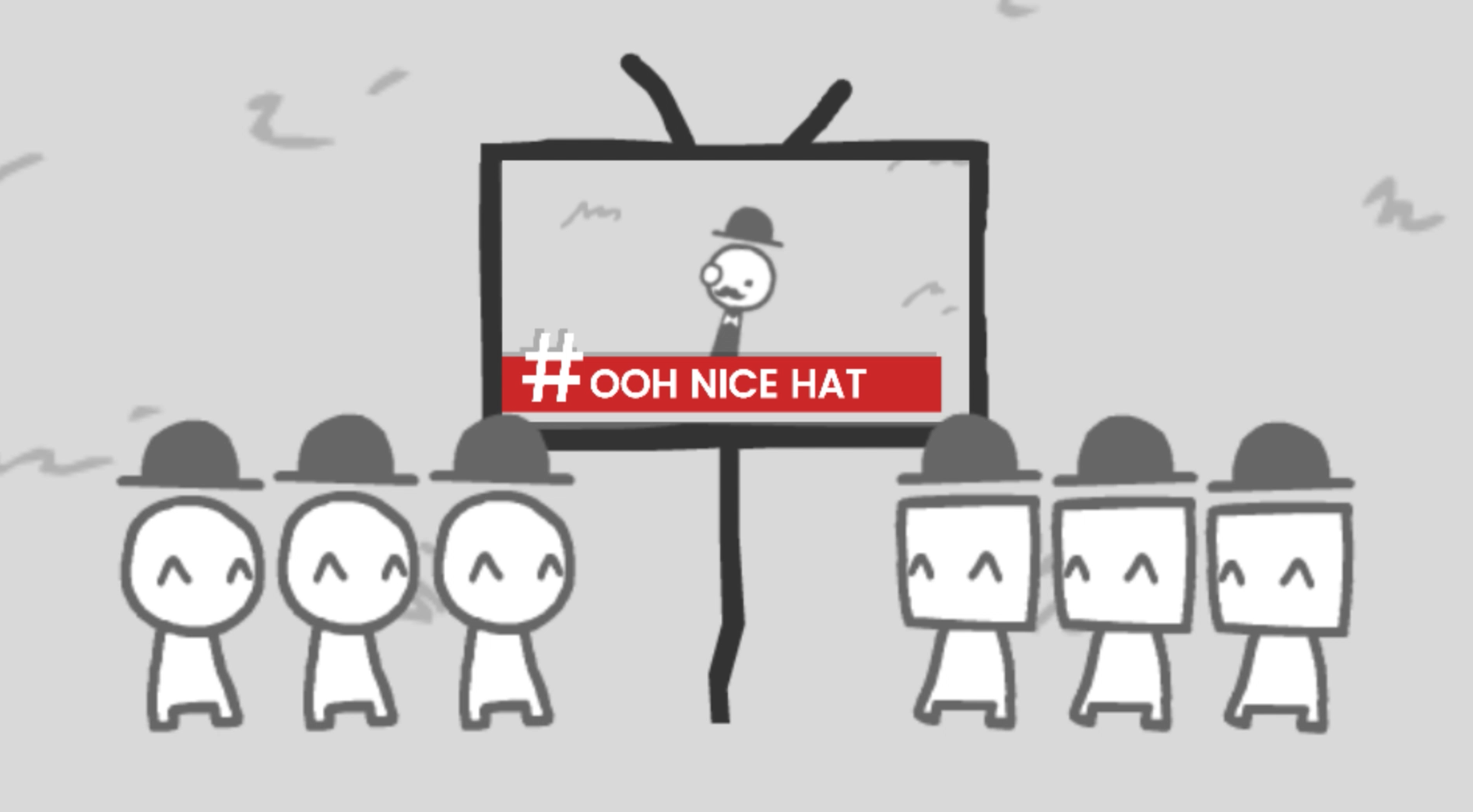 It starts out innocently enough, but the game’s instructions to capture sensationalism and conflict quickly escalates into unbridled anger and horrifying (cartoon) violence. The game ends and the player is left in shock and guilt over their direct role in breeding such visceral hate.

In the span of five short minutes, We Become What We Behold raises a lot of questions concerning the ethics of news networks and mainstream media. How do they choose what stories to show? Are they really committed to informing the public, or are they chasing higher ratings? Should they claim responsibility for how much influence they have over their audience? It’s up to the player to struggle with and decide the answers for themselves. 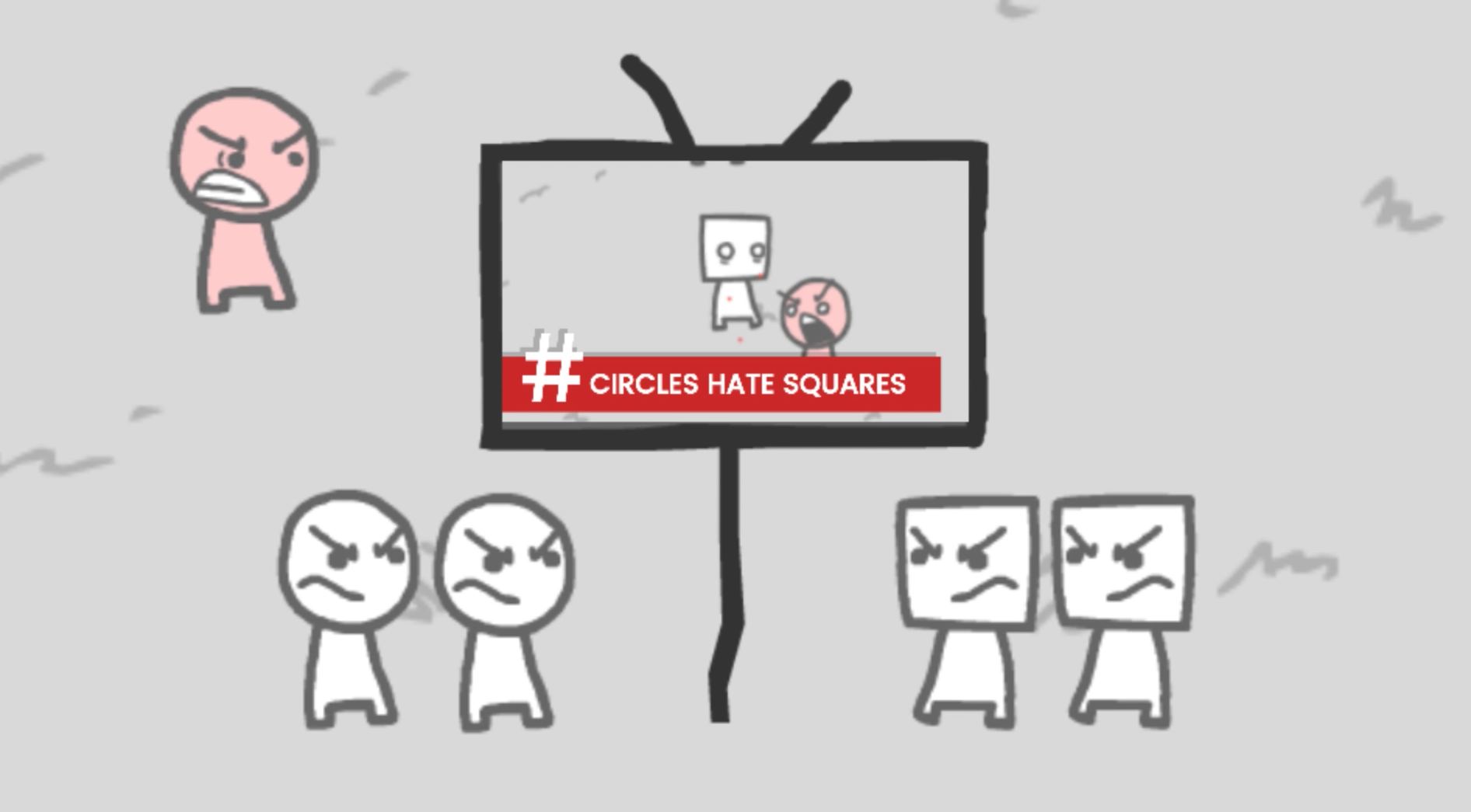 The biggest point that the game is trying to make, however, is right there in its title: we become what we behold. The entire quote goes,

“We become what we behold. We shape our tools and our tools shape us.”

As the game says in its introduction, this saying is misattributed to Marshall McLuhan, an oddball Canadian professor and philosopher. Although he never said the quote, it makes sense that people would think so since he was a leading figure in media theory, a field of study that mainly deals with the effects of mass media and how it pertains to society.

However, a phrase that he actually did coin is “the medium is the message,” which was first introduced in his book Understanding Media: The Extensions of Man. In it, McLuhan discusses how the medium—the manner in which something is delivered—affects society not only through the content it distributes but also through the characteristics of the medium itself.

While we gain valuable information from the content, we’re simultaneously being subjected to gradual shifts in public perception because of our relationship with the medium.

It fits incredibly well with the concept of We Become What We Behold, and it was intentional on game developer Nicky Case’s part.

In their blog post reflecting on the origin and development of We Become What We Behold, Case discussed how they were bothered by the media’s clickbait-y coverage of major events that occurred back in 2014. This led to them reading books on how the media influences cultures and individuals, which included Marshall McLuhan.

In 2016, this issue was brought to the forefront for them again, particularly with America’s controversial election cycle.

“As someone who makes & consumes “media” – so I guess that’s every one of us now – I’m mad at how THE MEDIA just kept making [the] worst parts of 2016 even worse,” Case writes.

“Everyone who works in THE MEDIA also hates THE MEDIA,” they go on to explain.

“Not ‘hate’ as in contempt, but ‘hate’ as in angry self-critical disappointment. Journalists are painfully aware [of] how THE MEDIA feeds into vicious cycles of distrust and political polarization. …

The reason so much of THE MEDIA is vicious, echo-chamber sensationalism is because that’s exactly what we, the audience, want. We don’t want to watch people getting along – that’s boring. We don’t want to read arguments from the other side – that’s uncomfortable. …

There are journalists out there making deep-nuanced, hard-hitting work – and their reward is they get to starve.”

We Become What We Behold and what Case had to say about its message shook me to my core. As a journalism major, my professors constantly emphasize the importance of maintaining objectivity and to always put the truth first. At its heart, that’s what journalism still is, but it’s been largely overshadowed by blatantly biased news organizations, loud opinions that lack credibility, and vicious, volatile arguments that constantly break out between opposing sides. 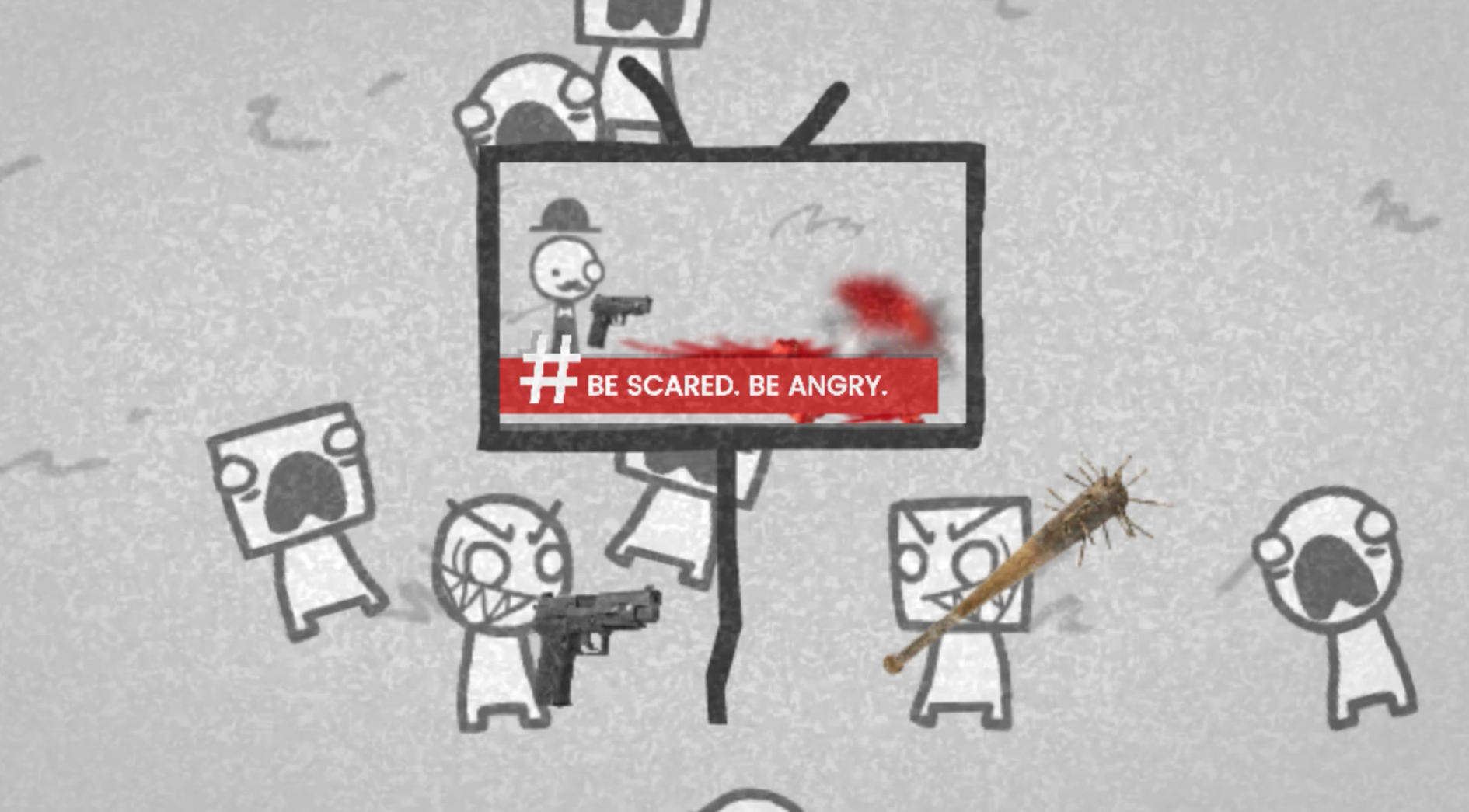 This is not to say that everyone automatically buys into whatever the media shows. After all, we’re humans. We’re intelligent creatures. We can maintain autonomy and are fully capable of critical thought.

However, We Become What We Behold highlights the very real dangers of naiveté and complacency. As with the food we eat, it’s imperative that we be mindful of the media that we consume.

We need to be skeptical of what we read and see. We need to go back to cold, hard facts instead of unchecked emotions. We need to break out of our warm and comfy echo chambers.

But most importantly of all, we need to respect each other.

“We become what we behold. So I’ll behold unity, until we become united.” 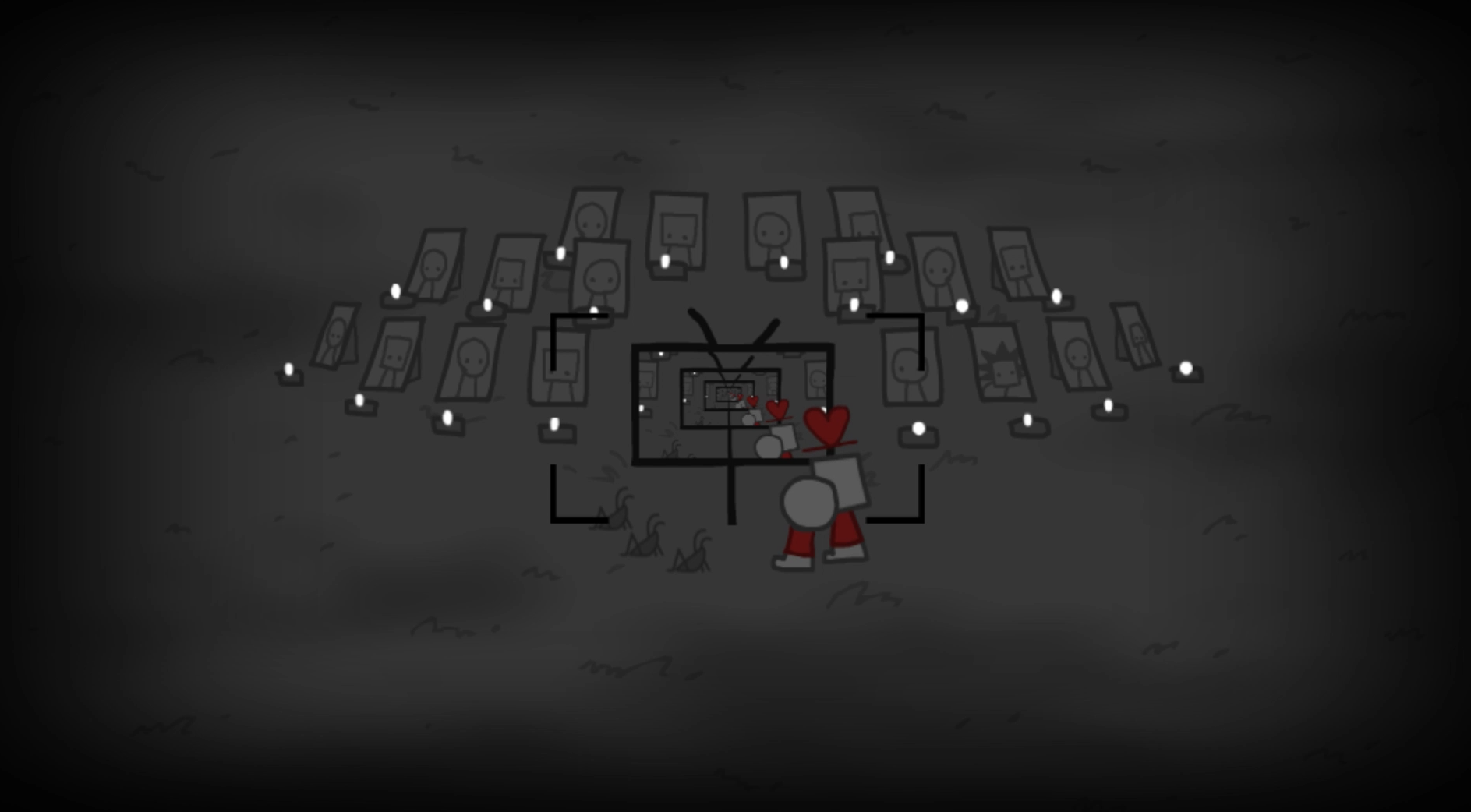 If you want to see more from Nicky Case, you can check out their website and Twitter.