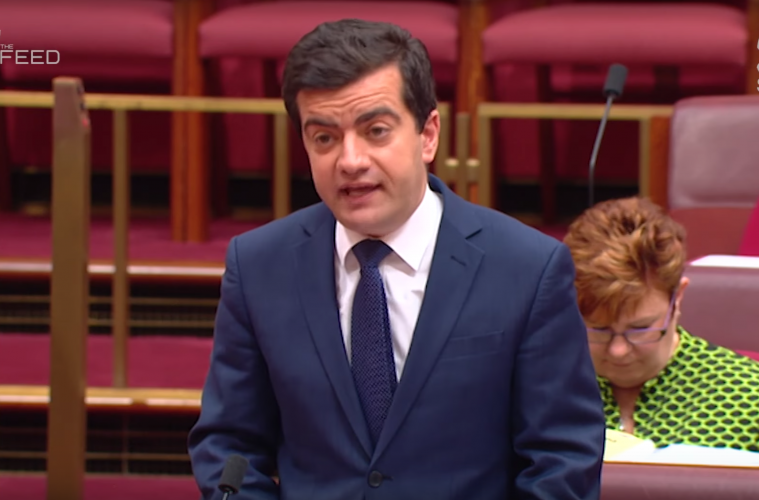 The dragon is out of the bag.

The Chinese political donations scandal has taken front and centre stage in Australia, with politicians now dotting their “I’s” and crossing their “T’s”, distancing themselves from being implicated.

To avoid the jury by media and the court of public opinion, they are advised to deny, deny, deny.

But the question is, how long has this been going on for, and why it has only been now that the Australian Government is jumping up and down about it. The fact that it implicates Chinese companies and business people makes this saga all the more inflated, triggering prejudicial feelings among regular Australians and presumably the fear of a Chinese economic invasion.  To those active in the Chinese community in Australia, political donations is nothing new, in actual fact, it is the norm, meaning that this is how the “Chinese” do business. This is not saying that political donations is right and ethical, but it is more so to point out that Chinese businesses do things differently than “western” businesses.

Chinese Australians are also relatively cautious when it comes to standing up and being overtly politically active.

To mainstream Australia, the perception is Chinese Australians are hardworking, excel academically and in essence live the model minority life. To an extent this is not wrong. The earlier Chinese in Australia are taught to study hard and not make a big deal in the public sphere. Hence, many Chinese who were born and raised in Australia tend to shy away from schoolyard skirmishes and not to confront but negotiate and be diplomatic. And in some cases to give in, because asides from becoming a target nothing more will be achieved. It is also this perception and mindset that has worked against the Chinese in Australia, placing them in the situation they are in today. Anything which mentions the words “Chinese investment” and bidding for farmland, natural resources, electricity and purchasing mines will turn heads and cause unconscious and conscious xenophobia.

What is most interesting is that Chinese political donations to political parties, is not new news – well that is not to the Chinese Australian community.

In China, the controversy surrounding Australian Senator Sam Dastyari wouldn’t even bat an eyelid. Corporate political donations for current/future business/publicity favours is how business is done there, and paying a legal/travel bill for a politician is part and parcel of a business/political relationship. The Chinese way of business and influence speak to the way Australia does it are on completely different sides of the cube, and presumably the same in other Western countries. Where this style of doing business is frowned upon in Australia, it is acceptable within certain sections of the Chinese community. This is not saying the Chinese political donations saga is right or wrong, but it is just to make a point which has not been relayed adequately in the mainstream media.

So let’s talk about what has transpired and how did Australian Senator Sam Dastyari get mixed up in all this. But to understand how this all blew up, is to have some knowledge on the background to Chinese political donations in Australia. For those who take an active interest in Australian politics know that both Labor and Liberal Parties (the two major political parties) have Chinese fundraising groups, using the names of “Chinese Friends Of…” and/or “Chinese Association For…” and a number of similar style group names. Their sole purpose is to hold fundraising events and garnering support for the respective political parties, and having these groups are a way to channel Chinese political donations.

The man of the minute, Huang Xiangmo and his company Yuhu Group, attends these fundraising events (on both sides of politics), as well as other Chinese and Chinese Australian business people, and this is one way where donors are able to discreetly make a donation. At these events many politicians from the respective political party are in attendance – their way of guaranteeing that they are in the good books with the Chinse Australian community – you know, taking photos, shaking hands and looking pleasant. Both Australian Prime Minister Malcolm Turnbull, Opposition Leader Bill Shorten and other senior MPs would make concerted efforts to speak and be present at these events. The more senior the MP that attends, the better chances of receiving better donations and fundraising outcomes.

Sam Dastyari was merely a scapegoat, collateral for the media to pounce and jump on.

His crime in the court of public opinion was having asked and received a payment of $1,670 from the Top Education Institute, run by the businessman Dr Minshen Zhu for travel costs. Sam declared this money. Following rules, and in the name of transparency, this declaration became public and Sam moved to pay this money back. One thing led to another, and it was found that before Sam became a Senator, Huang Xiangmo of Yuhu Group, paid $5000 to cover some legal bills. Reason for the legal bill is unknown. The only thing Sam has publicly stated is that it was for a personal matter and that the media trial by jury coordinated by the Government is just a distraction. He is not wrong there, because like Sam, other more senior politicians, such as Prime Minister Malcolm Turnbull, Foreign Minister Julie Bishop MP, Attorney General George Brandis, former Premier Bob Carr, former Prime Minister Tony Abbott, former Prime Minister Kevin Rudd and former Prime Minister Julia Gillard have all been photographed with Huang with some politicians, including Sam himself having visited Yuhu headquarters in China.

Although, one interesting fact which has not been clearly reported in the media, is that there is not a whole lot of backlash from the Chinese Australian community, particularly those who read, listen and watch Chinese Australian media because these media outlets are controlled by the same people who organise and coordinate these political fundraising sub groups. It pretty much operates like Chinese state owned media. The people with the biggest pockets and political influence will be able to dictate what goes in and what gets left out as well as how issues and columns are communicated.

So where to from here? Well I guess we will just have to see how deep the cracks grow and spread, and how much trial by media the Australian public demands. But it makes you wonder, whether the Chinese are being targeted for prejudicial reasons, and what about political donations from British, American, Canadian, New Zealand or other European companies – would these be seen in the same light as Chinese political donations? Remember making anything remotely “Chinese” publicly will always attract the attention of the mainstream and give media reports more crunch. And as for Sam, well he will be fine on the back bench and being young, will have adequate time for soul searching and to make a comeback when things die down. Rest assured politicians who have been associated with Huang, Zhu and other Chinese companies who make big political donations will be quiet and not comment on any media questions and reports. Remember, there is nothing remotely wrong with corporate political donations, it is really about tougher regulations and ensuring greater transparency.