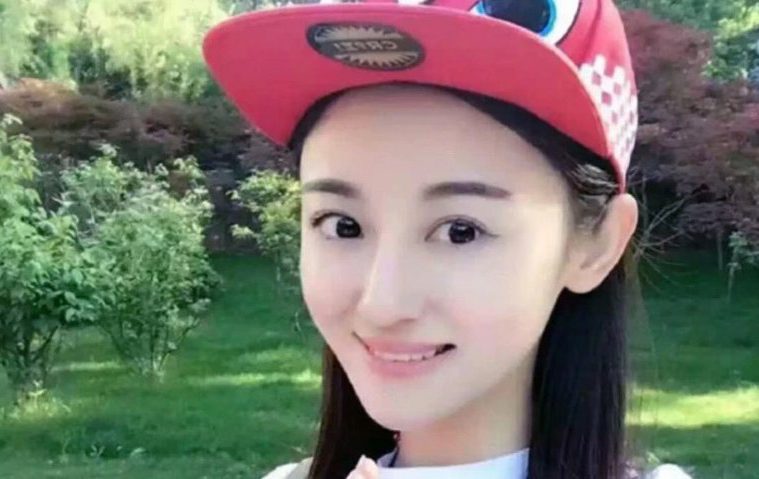 The 25-year-old was diagnosed with lymphoma

Chinese actress Xu Ting has passed away after choosing traditional medicine over chemotherapy to treat her lymphoma.

In July, 25-year-old had shared on Chinese social media website Weibo, that she had lymphoma, a cancer of the lymphatic system which is best treated with chemotherapy.cHowever, the high cost of chemotherapy in China and the fear of side effects and pain caused Xu to choose to treat her cancer with a mix of Chinese therapies instead.

“No matter how long I live, I want to enjoy every day happily,” she wrote, adding that she did not want to “let chemotherapy torment me to the point where there’s no beauty and talent left”. 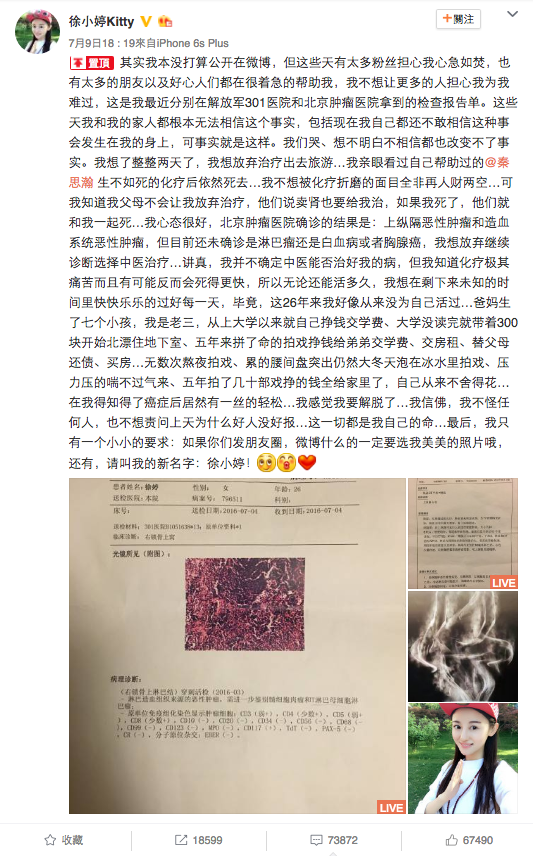 The actress was known for her role in the series Dad Home and acted in the comedy Lost In Macau.

Xu posted photos on Weibo of the aftermath of her alternative treatment, which included acupuncture and cupping. The process involved placing a flammable substance into a glass cup and setting it on fire. Once extinguished, the cup is placed on the skin, creating a vacuum on the skin. 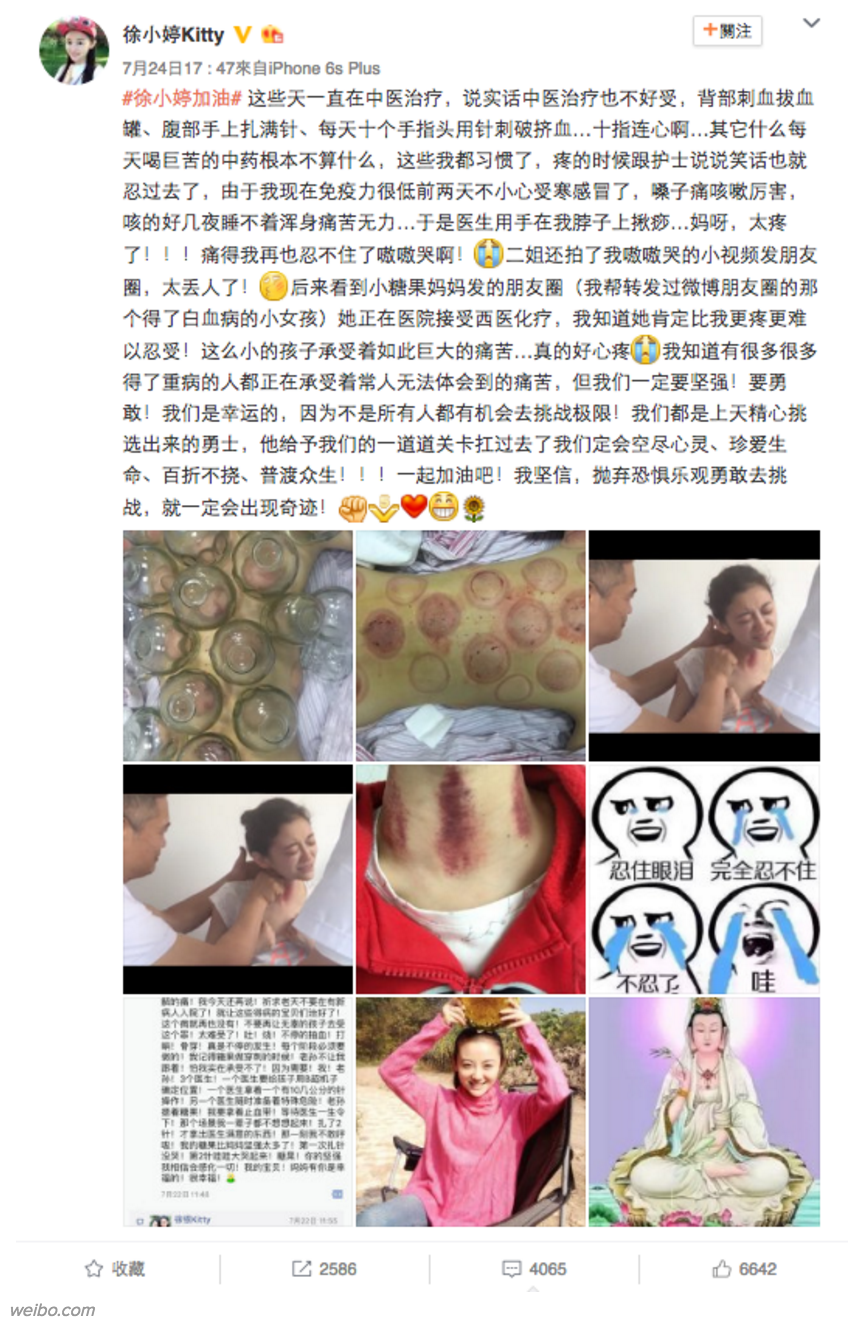 Her pictures caused quite a stir on Weibo, with one user writing “Can you not do this? Can you please accept Western medical treatment?”

According to the American Cancer Society’s guide to complementary and alternative therapies, “available scientific evidence does not support claims that cupping has any health benefits”.

Xu also underwent gu sha, which involves scraping the skin with a tool. Actress Gwyneth Platrow and swimmer Michael Phelps have both practiced this treatment. The treatment left visable red marks and brusing on Xu’s neck.

“Frankly, traditional Chinese medicine is also painful,” Xu wrote as a caption underneath one of the images.

In August, Xu’s condition worsened. Xu posted the following photo with the caption ““I threw up and suffered from diarrhea twice again today, and I couldn’t even throw anything up… This is so painful!!!” 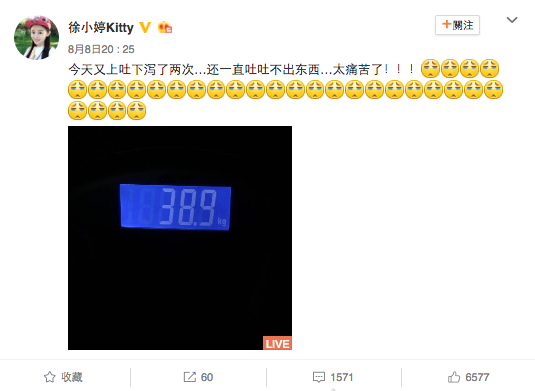 Sadly, Xu passed away a month later on 7 September shortly after starting chemotherapy.

“Moreover, after the tumour is under control, traditional Chinese medicine helps to repair the immune system, accelerate the body’s recovery and minimise the chance of the tumour returning.”