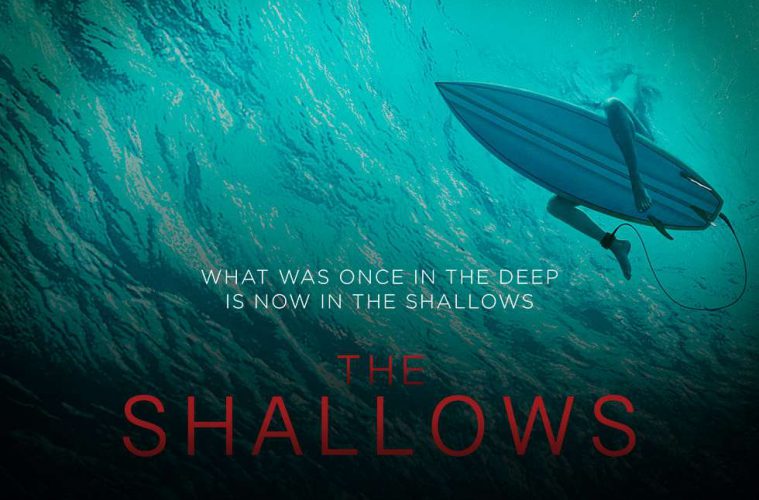 High octane adrenaline watered down by a stagnant back story

The Shallows is the latest thriller by Jaume Collet-Serra, pitching Blake Lively against a behemoth of a shark.

The plot is simple – adrenaline junkie and surfer Nancy Adams, ventures onto an unknown beach in Mexico to ride the biggest and baddest waves, only to encounter a shark, which leaves her injured and distanced away from the beach, lurched upon a rock. The plot shows the surfer/med student’s battle for survival against the ferocious beast lurking in the waters beneath her.

Whilst her background in medicine has prepared her with the knowledge to nurse her wounds with limited resources, the shark’s bolting speed and sheer size are qualities she cannot compete with. As the shark lurks between her and the beach, Nancy counts down the time until low tide to see if she can make a break for it.

The tension in the film is created well by Collet-Serra, juxtaposing calm, beautiful landscapes of the crystal clear sea and white beach with the ferocity of the shark and its grotesque bloodbath. It’s a chilling but perfect imbalance of beauty and terror – the same goes for the bikini beauty Blake Lively and the unseemly beastly shark itself.

The tension is augmented by Lively’s convincing performance.

To a large extent, the tension of the film heavily sits on Lively’s shoulders – amongst the handful of actors actually in the film, Lively’s screen time accounts for at least 90% of the film. Fortunately, her performance is solid. Not only are the audience convinced that this adrenaline junkie is somehow also a diligent med student, but they can almost feel her pain through her screams, tears and agony.

Lively displays qualities of an actress who not only can play this role convincingly, but also comfortably. 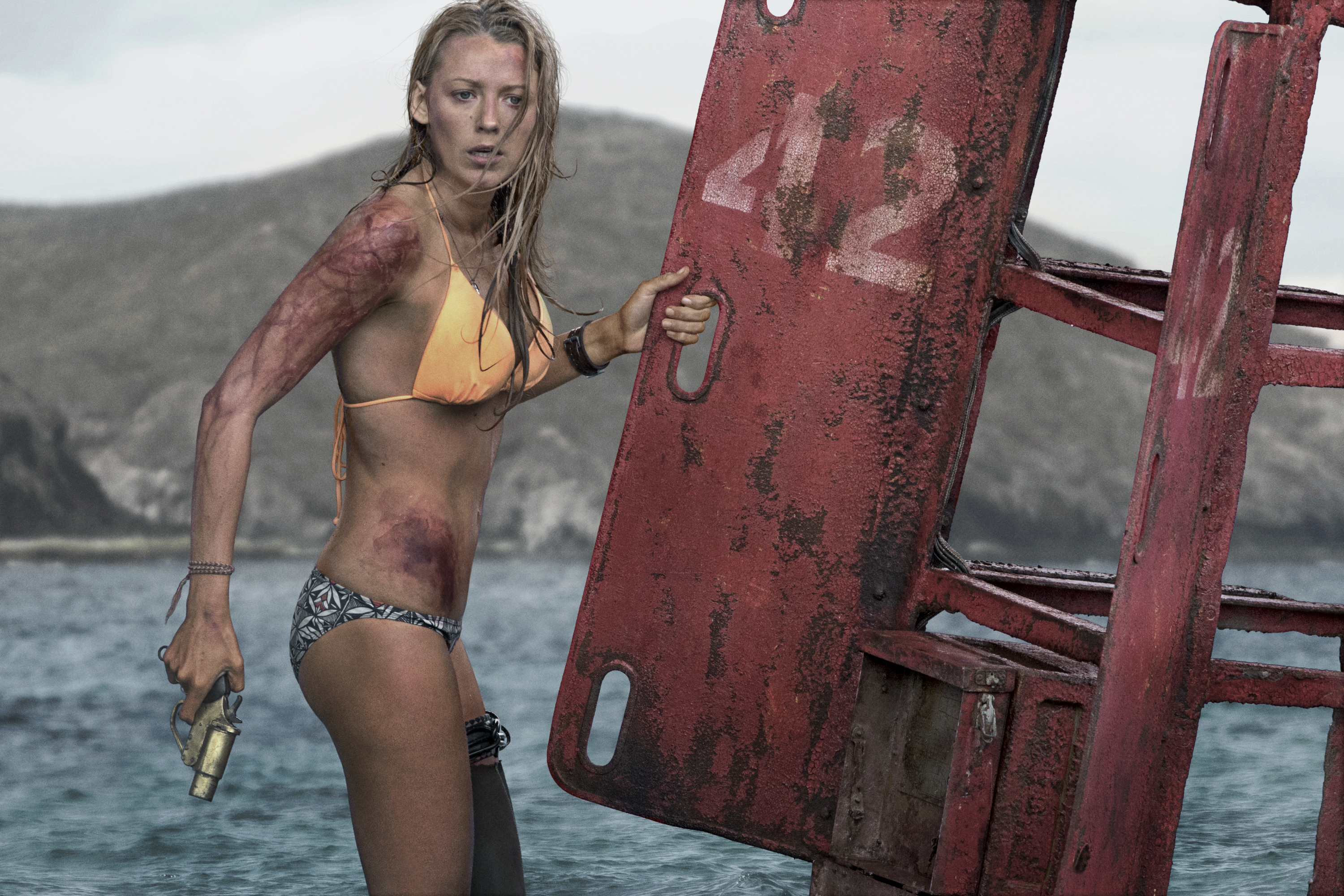 Unfortunately, the film fails to deliver in its ’emotional’ back story, which is completely unnecessary and actually detracts from the rest of the film’s engaging nature. Nancy calls home before she ventures into the water, having a bit of a tiff with her father about continuing with med school, after she her mother’s passing shocks her convidence in healthcare. This theme returns towards the end of the film, and whilst I won’t spoil the film by explaining how, the audience doesn’t know enough about Nancy and her family to sympathise with her as much as the film intends. Whatsmore, the audience simply doesn’t need to care. The audience is already sympathetic towards Nancy and her shark-related life-or-death situation and adding the fact that she is also haunted by her mother’s passing adds very little – it’s simply not relevant. Whilst of course it’s sad that the protagonist’s mother has passed away, her concentration in fending off the shark overwhelmingly consumes the audiences attention.

Nonetheless, the audience does feel for Nancy and her fight for survival, despite the forgettable sub-story.

The Shallows is a simple and effective b-movie horror flick. It does what it says on the tin – it offers a toothy shark thriller and delivers  plenty for the audience to sink their teeth into.