This year marks its 7th year in the running

London’s annual Chinese Community Challenge Cup will be taking place on 16 July 2016 and promises to be a good one.

The 5-a-side competition will be held at Wembley’s iconic Powerleague, where 32 teams will fiercely compete to lift the prestigious cup. The runners up will receive the Saucer, whilst third place will be presented with the Ladle.

After winning the title for two years in a row, “Not All That” were crowned champions of last year’s tournament, whilst CATH won the Saucer and God Squad won the Ladle. 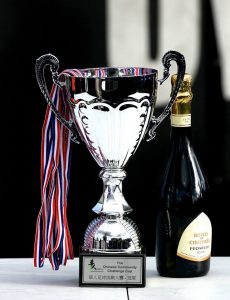 Teams must pay £80 to enter the tournament, with a maximum of 8 players per squad. The tournament also has no restrictions on nationality, race or creed.

The event is organised by the London Chinese Community Centre, which will donate half of the funds raised at the event to the Frank Soo Project. Frank Soo was the first Chinese footballer to play in the league and the first non-white player to represent England.

Standard Powerleague rules apply and as always, there will be a Golden Boot Award

This year, the event will also host VIPs Zena Lam and Michelle Huynh, who were crowned Miss Pearl China and Miss Pearl Vietnam respectively. Hopefully these two pearls of Asia will bring good luck to the boys playing on the day and won’t distract them too much!