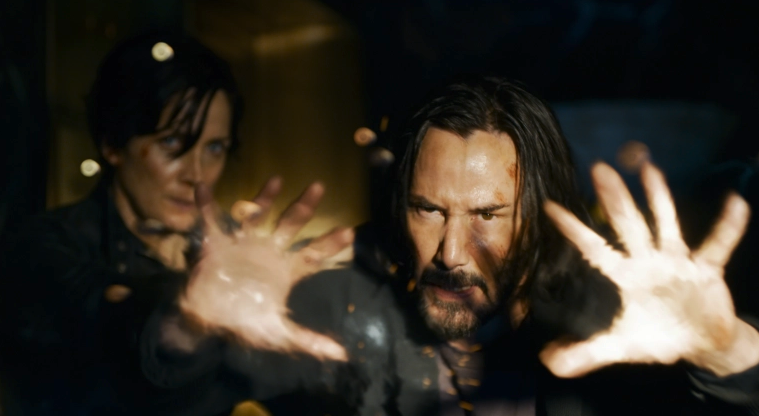 “After all these years, to be going back to where it all started... back to the Matrix"

The Matrix: Resurrections has finally dropped.

The fourth instalment in the beloved Matrix series is finally here and viewers have once again been treated to seeing Keanu Reeves in the shoes of Neo.

“Am I crazy?” Reeves is seen asking his therapist played by Neil Patrick Harris.

We don’t use that word in here,” Harris replies.

Although it’s hard to determine exactly what’s happening in the trailer, it’s widely suspected that a young Morpheus played by Yahya Abdul-Mateen II is seen. “It’s time to fly,” he tells Neo before handing him a red pill.

“After all these years, to be going back to where it all started… back to the Matrix,” says Groff, as the trailer ends.

Lana and Lilly Wachowski are also back to direct the latest Matrix sequel.

The Matrix: Resurrections is scheduled to arrive in theaters and on HBO Max’s ad-free plan on 22 December 2021.

In other film news, Shang-Chi star Simu Liu has discussed toxic Asian masculinity and how the community should improve.