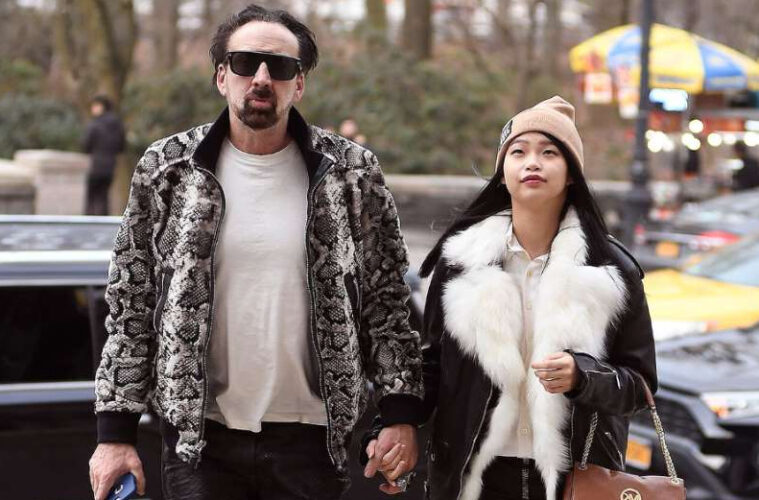 The National Treasure actor tied the knot with Shibata in Las Vegas on 16 February.

A rep for the actor said it was a “very small and intimate wedding at the Wynn Hotel in Las Vegas”. The date was chosen to “honor the birthday of the groom’s late father.”

The 56-year-old actor simply said to the press, “it’s true and we are very happy.”

Haikus and poetry by Walt Whitman were featured at the wedding with Shibata walking down the aisle to her “favourite song”, ‘Winter Song’ by Kiroro.

Shibata is Cage’s fifth wife and his first relationship since his split from Erika Koike in 2019. He had previously been married to Patricia Arquette, Lisa Marie Presley, and Alice Kim.

The couple’s relationship had been impacted by the Coronavirus pandemic, forcing them to spend significant time apart.

“She left New York and went back to Kyoto, Japan, and I went back to Nevada and I haven’t seen her for 6 months,” he said in August.

“We’re really happy together and we’re really excited to spend that time together so I finally just said ‘Look, I wanna marry you’ and we got engaged on FaceTime,” he said.

“Her favorite color is black so she wanted the black gold, and the black diamond. I customised and personalised it and I actually sent it to her through FedEx.”

In other news, Kim’s Convenience has been cancelled with season 5 being its last.