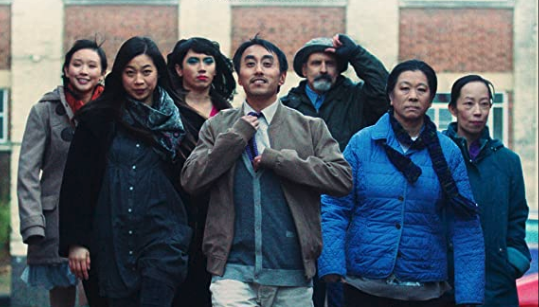 Written and directed by Brenda Lee

Written and directed by Brenda Lee, the film is based in Northamptonshire and features a British Chinese cast.

Screen Northants – the production house behind the movie – describes the film as a “cross-cultural comedy similar to Bend It Like Beckham with the working class feel-good humour of The Full Monty, the dysfunctional family of Little Miss Sunshine, and the game show love story of Slumdog Millionaire for good measure”.

Set in 1997, the film focuses on the Lee family who have the opportunity to appear on their favourite TV game show Fame To Fortune.

For the family, the opportunity is more than a TV experience – their Chinese takeaway is in the doldrums and the tax man is at their heels.

However, the family’s dynamic results in each family member having a different passion. Susan (Carmen Pat) considers herself as the black sheep of the family and is only interested in performing, finding herself at polar opposites with her father Cyril (Siu Hun Li).