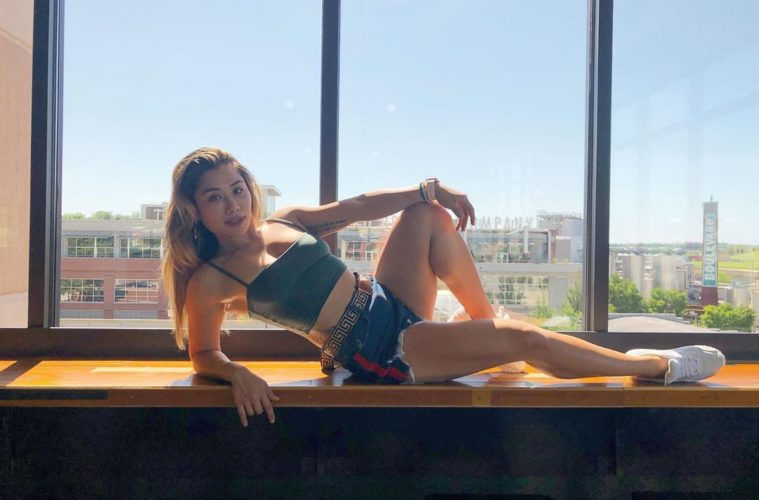 Dee Nguyen gets fired from MTV’s ‘The Challenge’ for racist BLM comments, checks herself into mental health spa

Daily Mail reports that The Challenge contestant Dee Nguyen has checked herself into a mental health awareness spa resort after being fired for offensive Black Lives Matter comments.

Protesters around the world, including in Japan, are rallying in support of Black Lives Matters following the murder of George Floyd.

In response to the situation,Nguyen tweeted “All you posted was a black square and went about your day and posting your lame a** thirst traps.”

One follower replied to Nguyen saying, “people are dying.”

Nguyen then responded, “People die every f***ing day. U don’t know me or what I do. I suggest you wake the f*** up and get off social media.”

After receiving criticism for her comments, the 27-year-old reality star also tweeted, “IDK why some of you think I’m anti-BLM. I’ve been saying that since the day I lost my virginity.”

MTV then issued a statement saying that Nguyen will no longer be featured on the show, “As a result of Dee Nguyen’s offensive comments on the Black Lives Matter movement, we have severed ties with her.”

Nguyen apologised for her comments on Sunday, writing, “I am sorry for the insensitive tweet I posted earlier. I was being defensive and not speaking from my heart. But there’s no excuse.”

A representative for Nguyen has since revealed that she has checked herself into a mental health spa.

“Dee is currently in a mental health awareness spa resort in an undisclosed location with minders, coping with everything transpiring to the most recent events,” her rep told E! News.

“At this time she’s focusing on getting better for her well being and focusing on what’s next.”