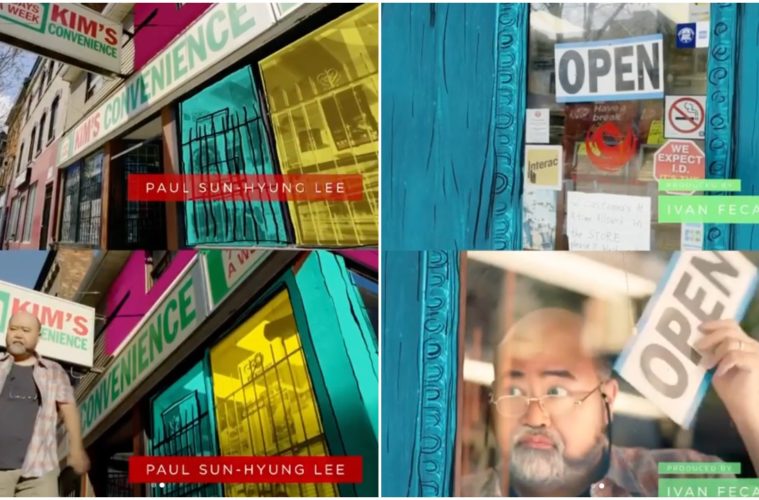 Kim’s Convenience has released an alternate version of their theme song to reflect Coronavirus isolation.

The new theme features the same shots as the original introduction theme but without the characters.

Usually, Paul Sun-Hyung Lee is seen sweeping outside the iconic convenience store. In the updated and rather eerie version, the store is seen but ‘Appa’ is missing.

Jean Yoon, who plays Umma, is then normally shown picking out fruit at a local market. Instead, viewers are shown an empty market.

Janet (Andrea Bang) is usually featured next, seen riding the bus. In the updated version, the inside of the bus is shown with no passengers.

Simu Liu would normally be seen next shooting hoops at a local basketball court. Instead, the court is empty.

“Things look a little different these days, so we updated our theme song to reflect the times,” the comedy show wrote in its social media caption.

In related news, the casts of Kim’s Convenience and Fresh Off The Boat are uniting to celebrate Asian American and Pacific Islander Heritage Month.

Things look a little different these days, so we updated our theme song to reflect the times. Stay safe.

Things look a little different these days, so we updated our theme song to reflect the times. #StaySafe (PS: Swipe over to spot the differences.)