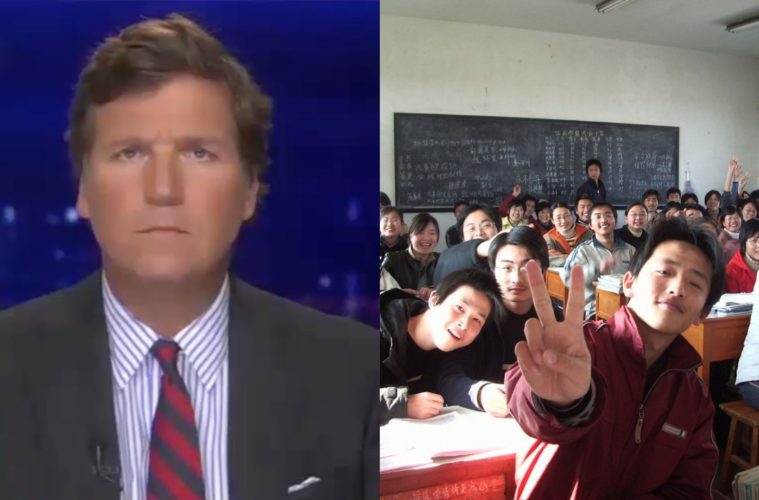 Fox News host Tucker Carlson has said that China is trying to “displace us” in America.

Discussing ties with China, guest Missouri Senator Josh Hawley was discussing with Carlson about how “partnering with China is dangerous.”

“It’s time that we go all in on America rather than all in on China and we are going to have the chance to do that now.”

In response, Carlson suggested that America should no longer support the education of Chinese students.

“We can start by ceasing the subsidizing of the education for the children of Chinese elites,” Carlson said. “I know this is off-topic, but I can’t resist.”

Carlson then claimed that Chinese students are the children of those who are trying to “displace” people in America.

“Our colleges and universities, almost every one of which is supported by taxpayers in the end, educate at a net loss, the children of the people who are trying to displace us,” he said. “Why are we doing that?”

Hawley agreed with the Fox News host. “Yeah and we also allow those educational institutions to take money directly, almost, from the Chinese government,” said Hawley.

“These Confucious Institutes, as they’re sometimes called, Tucker, that are on campuses all across the country, directly subsidized by Beijing,” he said.

“You might ask, why do American campuses allow these Chinese government outposts on their own campuses? And the reason is they get paid to, and it’s actually lucrative. So yes, we have got to stop this cozy dealing with Beijing on our campuses.”