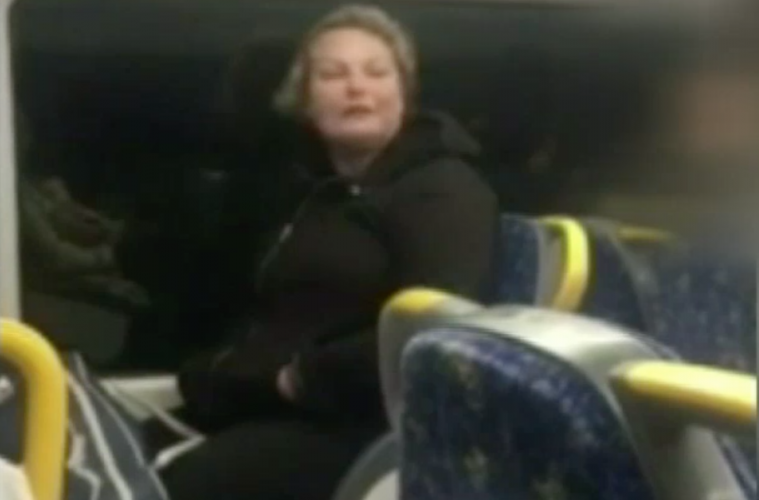 "No one else in the fucking world. Only Asia"

An Asian Australian woman was racially abused on a Sydney train by a passenger caught on camera.

According to 9 News, the woman seen on camera began her racist tirade after an Asian Australian woman asked her to stop littering.

ABC reports that the incident occurred at about 9:30pm l0cal time on a service between Chatswood and Epping on May 11.

The incident was recorded on a mobile phone by another passenger.

“You’ve got the rubbish on your fucking head and your fucking bags,” says the racist middle aged blonde woman seen in the video.

“No Americans, not anybody else, only Asia. Where’s the f—ing money come from?” the woman continues.

The anonymous passenger who sent in the vide to ABC News said “I feel bad I couldn’t help the girl but I am also Asian and I was worried I would also be attacked if I stepped in. I hope the video can make people aware of this issue and stop racism in Australia.”

“There were about 15 people on the carriage but no-one did anything.”

“The important thing I want every single one of my customers to know is if you see something like that, tell us straight away,” he said.

“The sooner we understand what’s going on the quicker we can get our police involved and deal with such people.”

According to Australia’s racial discrimination commissioner Dr Tim Soutphommasane, incidents like this are worryingly common.

“If a perpetrator of a racist act has done so because of mental illness, you would hope that their wellbeing is looked after,” he said.

“But it doesn’t take away from the harm that’s done from someone on the receiving end of racism.”

He added that the video was “the tip of the iceberg” and said most racist incidents are not caught on camera.