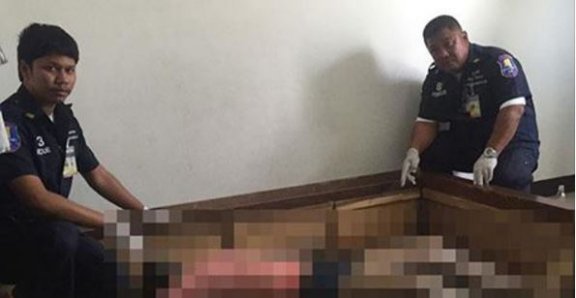 The victim was a transgender woman

The body of a transgender woman was found underneath a hotel bed in Thailand after an unaware young couple spent an entire night sleeping in it.

The couple had checked in to the hotel on Friday and noticed a putrid odour in the room. Hotel staff were called to spray air freshener in the room, after which, the couple continued to spend the rest of the night there.

The following morning, a cleaning lady noticed the bad smell and found traces of blood at the base of the bed. The manage of the hotel immediately called the police to inspect the room, upon which, the body of a transwoman was discovered.

The police found the body after removing the matress from the bed frame. Investigators have estimated that the victim may have died three to four days prior to the incident, based on the condition of hte body.

The management of the hotel told the police that two men had checked into the same room on 16 August. The same men brought a transgender guest into the room at around 1:35 am on 18 August and checked out later that day.

CCTV footage has enabled investigators to identify the suspects. However, Pattaya police chief, Pol Col Apichai Kropphet has not released any further details yet.

The identity of the victim is so far unknown but her body has been sent to a nearby medical facility for post-mortem.