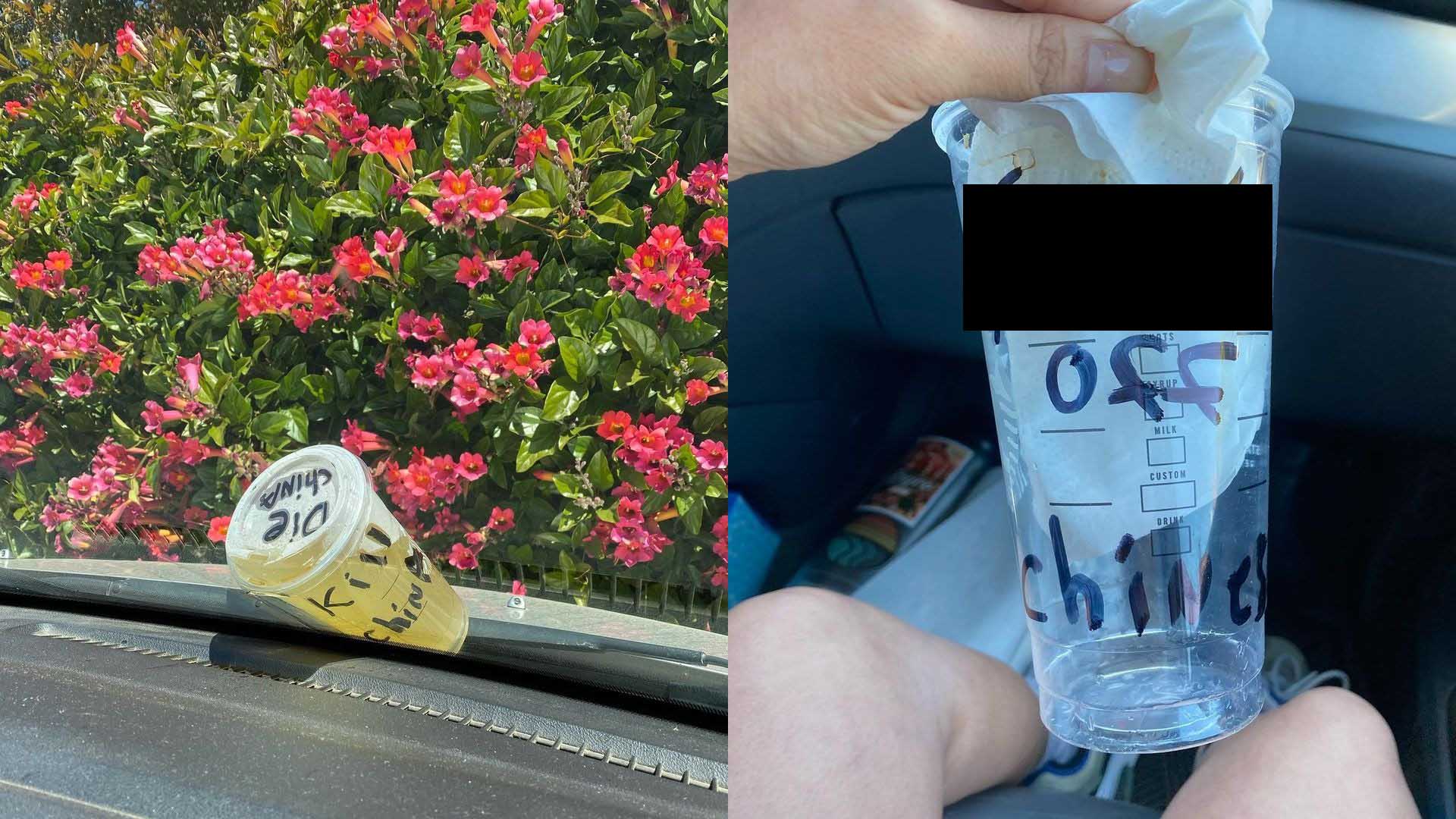 A cup of urine with racist anti-Chinese messages was left on a Japanese American woman’s car in California.

On Instagram, Melissa Tao shared an image of the urine-filled cup that was left on her windscreen in Pleasure Point, Santa Cruz County.

In the images, the transparent cup is covered in hate-filled messages including “fuck off Chinese”, “die China” and “kill China”.

Police are investigating the “disgusting and disturbing incident.”

“Today, i found this cup filled with pee on my windshield after leaving my car for 15 minutes in a parking lot across from the billabong store in Capitola. my thoughts you may ask? disgust, fear, and sadness that someone was watching and waiting for me to come back to what they may think was a joke [sic],” Tao wrote in her Instagram post.

“I want to post this in order to bring awareness to the Santa Cruz area that racism and hate exists in our small little town that I’ve called home the past 24 years. I never knew such a thing would occur in a place that has made me feel so safe and secure [sic],” she added.

The Santa Cruz County Sheriff’s Office has since released a statement condemning the incident.

“This is a disgusting and disturbing incident for anyone to have to go through and will not be tolerated. Our detectives are currently investigating this case and looking for any information that could lead to the person responsible. We are following up to determine if there is any video evidence or witnesses who may have seen anything suspicious at the time,” Ashley Keehn, a spokesperson for the sheriff’s office, wrote.